ALL THE WORLD’S A STAGE – A Live Recording 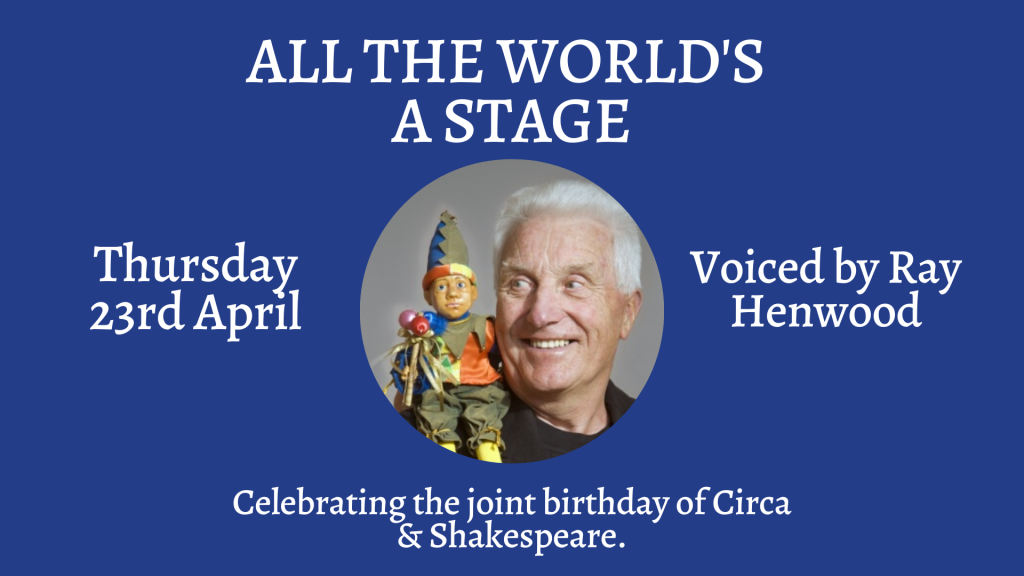 ALL THE WORLD’S A STAGE

Recorded live at Circa Theatre 27 August 2009

A Round-the-Bard trip in 90 minutes
In celebration of Shakespeare’s and Circa’s birthday, we are proud to present ALL THE WORLD’S A STAGE. A special live recording from 27 August 2009 featuring the late Ray Henwood.
“The idea for a one man show using Shakespeare’s work arose from the memory of a performance by Sir John Gielgud at the Wellington Opera House in the 1960s. His show inspired me to create ALL THE WORLD’S A STAGE which opened at Circa in May 2009. I thought, perhaps, that here was a way of introducing the playwright to those who considered his work was not for them, and to offer to those who know his work a chance to revisit some of the highlights. I owe a debt of gratitude to my director Peter Hambleton, who worked with me on the linking passages and who helped so much in presenting the piece for the stage. While a sound recording can only give you part of the stage performance the production crew put Shakespeare’s work where it belongs – in front of an audience. ” – Ray Henwood.
Note: You’ll just need to press play once below and the production will play in full. You’ll also be able to revisit your favourite soliloquies afterwards by selecting the appropriate title in the list below.