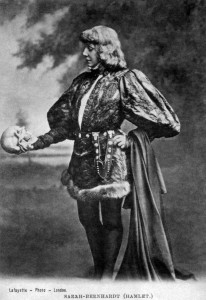 LOUIS: Someone needs to talk her out of it. She’s a great actress, but Hamlet? It’s grotesque. If Shakespeare meant for Hamlet to be a woman, he would have named the play ‘Hamlet Princess of Denmark’. That’s not what he wrote… Men playing women, that’s all right. Women playing men. It doesn’t work… It’s a disgusting idea and you know it.