Alert Level 2 update from Circa Theatre

After much consideration, Dungeoning and Dragoning have made the incredibly difficult decision to postpone their season indefinitely.

With it being difficult to accurately know how long Level Two will continue in New Zealand, delaying the production to later dates is no longer sustainable.

We’d like to thank the cast and crew for igniting this passion for fantasy and storytelling in our space and hope to see it return in the future.

Box Office will be in touch with all patrons affected. Thank you for your understanding and your invaluable support throughout this process.

Watch the mighty Dungeon Master lead a ragtag party of Wellington’s best performers through a fantastical adventure as they weave rich stories, make new allies and vanquish old enemies… but only if the dice allow.

Drop in for a single night or follow the crew through their six-part adventure. Frequently hilarious, sometimes moving and always unpredictable, this is spontaneous, unscripted theatre controlled entirely by chance. 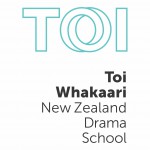