That’s All She Wrote

That’s All She Wrote (Development Season)

Written and Performed by Cassandra Tse

Due to limited space in Circa Two for social distancing, Circa Theatre and the artists of the show have made the necessary decision to postpone this development season indefinitely and there will be no public performances of That’s All She Wrote from Wednesday 12 to Saturday 15 August.

This decision has been made with public safety as our paramount concern: We have safe plans in place for both of our spaces – and all our artists and audiences – across all possible alert levels going forward. We are incredibly grateful for clear guidance from our government at this time and eagerly await more updates in the coming days.

That’s All She Wrote are very proactive in examining digital distribution and livestream options, pending the clearance of musical rights, which we hope to be in touch with you about soon enough! Please keep an eye on our website and social media for further updates.

“A DEDICATED, INDEFATIGABLE PERFORMANCE FROM A BORN ENTERTAINER” – Theatreview

Performer and writer Cassandra Tse (The Bone Thief, Under, M’Lady) tells her own story of a journey from musical theatre performance to writing and celebrates the women and non-binary writers who have come before her. 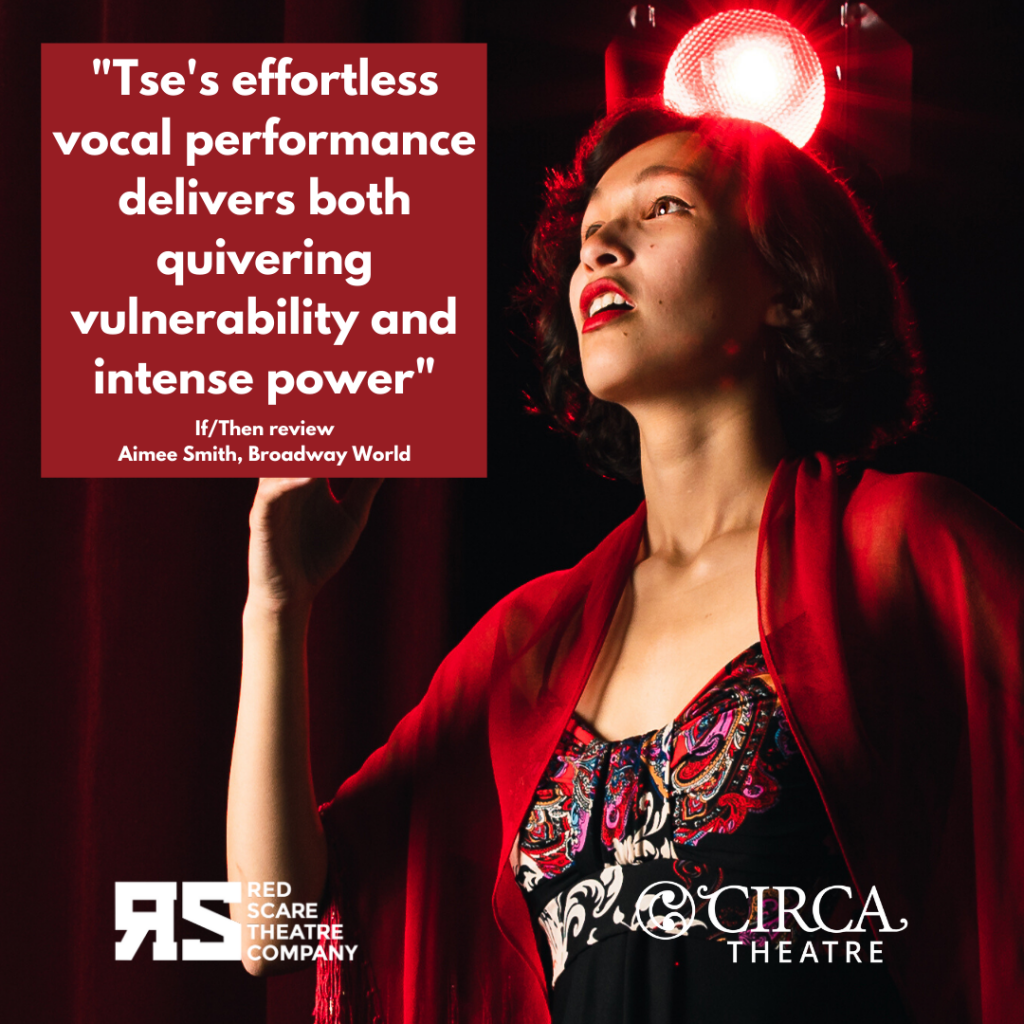 If/Then (2018)
“The role demands Tse’s near constant presence onstage and an ability to jump between timelines with fluidity, which she achieves with ease… [her] effortless vocal performance delivers both quivering vulnerability and intense power.”
Aimee Smith, Broadway World

If/Then (2018)
“…we are propelled into two story paths starring Liz and Beth – both played brilliantly and with exceptional vocals by Cassandra Tse.”
Jo Hodgson, Theatreview

CAFE & BAR:
Throughout March 2021 the Circa Theatre Cafe & Bar will only be open on Thurs, Fri and Sat from 2pm – 8pm with a reduced menu but will be open before and after the Sat 2pm Play Readings on 6th and 13th March.