Going out in style!

“…A triumph for all involved” – Hawkes Bay Today

“You’re going to love it – go see it.” Broadwayworld NZ

New Zealand’s most popular and successful playwright, Sir Roger Hall has been making us laugh at ourselves for over five decades. His latest outstanding comedy pays a glowing tribute to the holders of the Super Gold card. It revisits not only his signature brilliance in comedy playwriting, but also two beloved characters who were at the heart of his smash-hit play, Conjugal Rites, which went on to become a popular British TV series in the 1990s.

Starring our most celebrated actors Ginette McDonald and Peter Hayden in this sharp, poignant, funny two-hander.

Boomers Barry and Gen are now enjoying retirement and, having celebrated their Golden Wedding, are facing the dilemmas that come with age. Will they be able go to London to visit their long distant grandchildren? Will they qualify for insurance? What about the Body Corporate?

Is there too much damn clutter in their lives? And does Barry’s neighbour really fancy him?

‘Just brilliant … So many laughs from beginning to end … his best ever!!!’

‘…the script was sparkling, full of heart, tenderness and joy…’

Call the Box Office on (04) 801 7992 to confirm your headset or contact Access@circa.co.nz for more information. 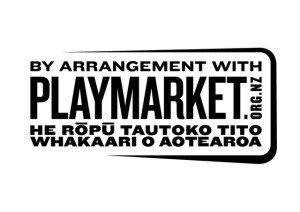 CIRCA RESTAURANT & BAR:
Tuesday-Saturday: 10AM until late, Sunday: 1PM until after the matinee performance, Showless Days: Days 10-2PM.