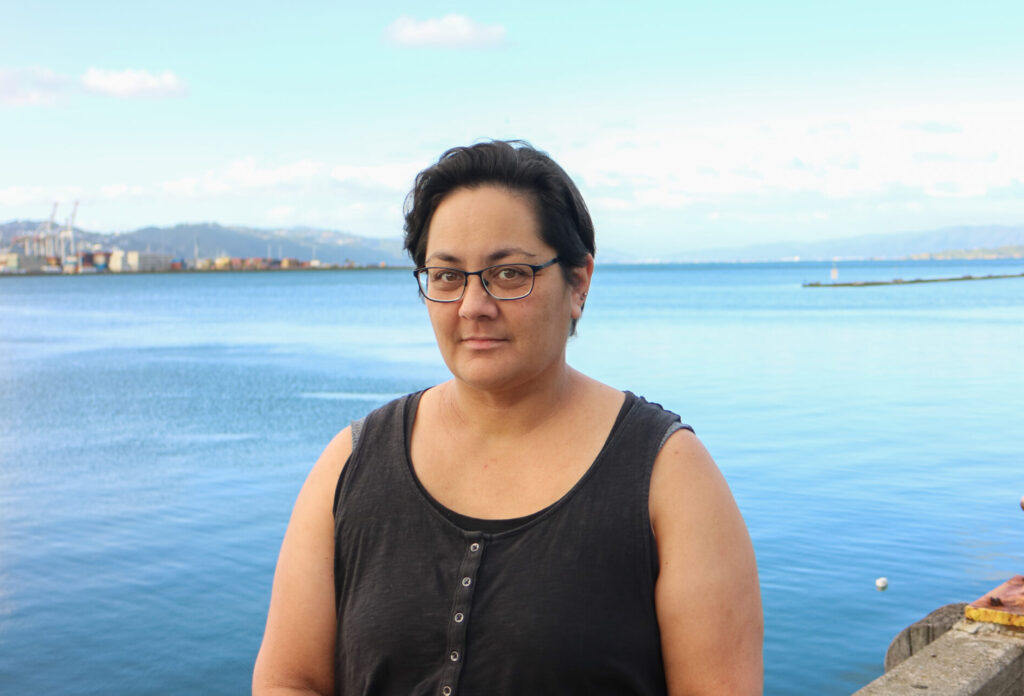 Deb McGuire has been a theatre practitioner for over 25 years. First as a performer with her BA in Theatre and Film, then moving into sound design and operation, Deb now spends most of her work time as a technical operator, stage manager, and lighting designer.

Deb is a passionate supporter of theatre in Aotearoa, and in the last few years has been involved in a whirlwind of shows, including The Children, Under Milk Wood, Switzerland, Modern Girls in Bed, Venus in Fur, A Doll’s House, Escaped Alone, La Casa Azul, King Lear, The Mystery of Edwin Drood, RED, August: Osage County, When the Rain Stops Falling, The American Pilot (and many others at Circa Theatre), Kings of the Gym (Centrepoint, Palmerston North), Hatch from the Auckland Theatre Company, and touring shows Legendary Divas, Meeting Karpovsky, Gloria’s Handbag, and The Drag Kings.

She has many seasons of Fringe Festivals, Dance Your Socks Off! Festivals, Comedy Festivals, and Festivals of the Arts under her belt as well.  In the 2014 Chapman Tripp awards, Deb received the Critics Wildcard Award for “Technical Operation and Extraordinary Support Beyond the Call of Duty” (no pressure, Deb …).  She teaches the rudiments of lighting and running shows to students of Queen Margaret College and St Oran’s College, and is also the mother of two rambunctious little ratbags (who she’s terribly fond of, she hastens to add) in her spare time.