This has been a tough year for the Theatre industry but we have shown how resilient our community is at adapting to the changing world and now on Sunday the 6th of December, the community got together to celebrate our achievements with colleagues and friends at the annual Wellington Theatre Awards. 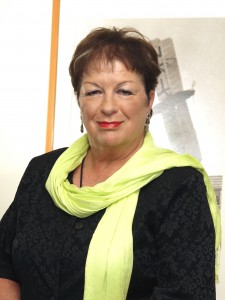 Carolyn was one of the group of 15 who founded Circa Theatre in 1976. They were reacting against what they saw as a model of theatre that was too managerial – skewed too far in the direction of administration. Grant Tilly said later that ‘Circa remains above all an actor’s theatre, a theatre whose heart is the play in performance’.

The original group of founders was certainly actor-heavy but it included others who had unique skills that could be enlisted to ensure that the new model didn’t turn out to be just another artistic flash in the pan.

Circa developed a cooperative model of presenting plays.  It’s an unorthodox partnership and funding model which wasn’t well understood at the time and even today, after almost 45 years, it is still occasionally misunderstood.

At the time, Carolyn applied her legal skills and her energy to ensuring that, however eccentric the new model might seem, Circa nonetheless stood on a solid legal and commercial platform. She dotted the ‘I’s’ and crossed the ‘T’s’ in many contracts and devoted herself to endless negotiations, not all of them harmonious. But in the long run, she tended to prevail. It is, of course, a truth universally acknowledged that when you are building something new and money and means are limited, it helps to have a force of nature directing the heavy lifting.

She put the framework around the acquisition of the first Circa – a 100 seat auditorium in a building in Harris Street that was designed for demolition. Working with the Council, a stay of demolition was ordered and Circa had arrived. She also took a lead role in getting the resources to build and own the new Circa, which opened on the waterfront in 1994.

Carolyn has a deep background of experience in fundraising, events and as a creative thinker. Underpinning it all is a concern for sound legal structures and good governance. They are the foundation on which artistic ambition is enabled to strut and fret its hour on stage, and Carolyn has proved to be an inspired builder.

In 1987, Carolyn was the driver in establishing the Theatre Artists Charitable Trust. TACT is the body that attracts and collects funding from sponsors and funders – funds which are than allocated to the companies and cooperatives who partner with Circa to create and present shows. The original, keystone sponsors are Chapman Tripp and their sponsorship is ongoing.

Carolyn, like Chapman Tripp, is both original and ongoing. She continues to be a distinguished voice on the Circa Council and she is the driving force behind the work that TACT does – an even more challenging assignment in this year of Covid-19.

Two of Circa’s other co-founders, Ross Jolly and Sue Wilson, attest to Carolyn’s “tireless determination to keep the Circa boat afloat. She is, and remains not only an extraordinarily resourceful fund raiser but also a stellar champion of all things Circa. She reaches out to all with endless enthusiasm and great good will to promote New Zealand professional theatre as an important and worthy career with a significant and vital role to play in the health of our society.”

The remarkable thing is that her work in the theatre sits alongside an even busier life in the law. She still holds her warrant as a District Court Judge. She is a tireless agent for change in youth justice. She established and continues to chair the Henwood Trust, which provides independent policy advice and services to people and organisations working with young offenders. She was chair of the Confidential Listening and Assistance Service, which offered people a chance to be heard by an independent panel if they had historic allegations of abuse or neglect while in the care of the state.

It could be the CV of the Mother of Dragons. But Carolyn is in fact the Mother of Dai and the wife of the late, great Ray – lending a special intimacy to her love of the theatre.

Last year Victoria University named Carolyn Henwood one of its Distinguished Alumni. It’s very fitting that this year we are bestowing on her the 2020 Mayoral Award for Significant Contribution to the Theatre.

People who’ve really helped out individuals and collectives, especially over lockdown and have been the spirit of the industry.

This year’s judging panel would like to use the platform of Ngā Whakarākei O Whātaitai to acknowledge those who used their skills to not just tend to our garden, but grow it, weed it, help us not just get through a difficult time, but used their skills and platform, as an opportunity to shed light on practises and customs no longer working for us, as practitioners, and as people.