"Wonderful is wonderful. Utterly. And all because Andrew Laing – an actor at the very top of his game – is nothing short of Astounding." - off the tracks

Duration: 12 Feb – 7 Mar
Location: "Wonderful is wonderful. Utterly. And all because Andrew Laing – an actor at the very top of his game – is nothing short of Astounding." - off the tracks
Price: $25 - $52
Book Now!

A whirlwind of theatrical delight

“Wonderful is exactly that – a thrill to sit through, 80 minutes of focussed, virtuoso-level performance from actor Andrew Laing” – off the tracks (Simon Sweetman)

Following a hugely successful premiere season at BATS, Wonderful comes to Circa.

Napier 1959. Brother Vianney has a calling. To educate the boys in his classroom and to help them become good, caring Catholic citizens. A larger-than-life presence, he calls upon his show business background and treats his class to the quirky insights that he has discovered from the popular films and romantic musicals of the 1950s.

Fall in love with Brother Vianney in this undeniably theatrical whirlwind of an education, filled with extraordinary wisdom, plenty of laughter, some great show songs and heart-breaking pathos.

‘It’s quite rare that you see a performance and writing and direction work together so seamlessly. Andrew Laing is masterful.’ — James Cain, Was it Good

‘A multi-layered and extremely absorbing “dance” that needs to be experienced. You won’t regret it’ — John Smythe, Theatreview 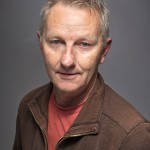 Conrad is one of the busiest freelance directors in New Zealand. He has most recently directed The Pink Hammer and The Surprise Party for Circa. He has also directed Sham for two separate seasons in Auckland, Gifted for its season at Circa Theatre as well as its very successful national tour, Unholy Ghosts, The Pink Hammer and Well Hung for Centrepoint and Rita and Douglas at Circa Theatre and national tour.

Conrad has also directed seasons of Kings Of The Gym for Court Theatre, Live At Six at BATS and Downstage Theatre, The Motor Camp for the Fortune Theatre, The Thirty Nine Steps for Centrepoint Theatre, as well as the national and international tours of Niu Sila, King and Country and Le Sud – amongst many other productions.

Conrad continues to work with numerous writers for the stage as a Script Advisor/Dramaturge. Many of the current scripts he advises on will be realising professional productions around the country. 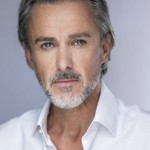 Andrew is a graduate of Toi Whakaari: The New Zealand Drama School and has extensive experience in theatre, television, cabaret and as a voice-over artist. In 2019 he appeared  in Burn Her at Circa, and played Lelio in Orchestra Wellington’s Fantastic Symphonies concert at the MFC.  Highlights of his numerous stage credits include Len Lye: the opera, Songs For Guy, Berlin, Jacques Brel is Alive and Well.., Assassins, Mr Marmalade, Twelfth Night, as well as the Australasian tours of Blood Brothers and The New Rocky Horror Show. He originated the role of Frank Sargeson in Gifted by Patrick Evans, touring the NZ Arts festival circuit.

On Television he spent two years playing Dr Geoff Greenlaw on Shortland Street and has also appeared in Underbelly: Land of the Long Green Cloud; Outrageous Fortune, Legend of the Seeker, and Spartacus: Blood Brothers and Gods of the Arena. A voice-over artist for television and radio advertising, Andrew has also narrated several documentaries for National Geographic’s Mega-structures series and provided numerous character voices for the TV series Power Rangers.