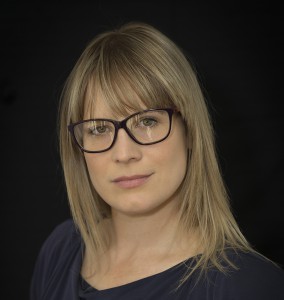 Debbie Fish is a set designer, installation artist and performer, and co-director of GoldFish Creative. She has a Bachelor of Arts in Theatre from Victoria University and a Graduate Diploma in Economics from Massey University.

Her set design for Burn Her was nominated for Best Set Design at the 2019 Wellington Theatre Awards. Other shows at Circa Theatre include designing for Peggy Pickit Sees the Face of God, and Jekyll & Hyde and providing publicity services for shows including Rushes (NZ Festival), Last Legs, Seed and The ACB with Honora Lee (NZ Festival) amongst others.

In 2015 she was selected as part of the emerging designers team representing New Zealand at The Prague Quadrennial of Performance Design.

Debbie has performed at La Mama Theatre Company, New York as part of the New Zealand New Performance Festival, toured around Asia as a puppeteer with Little Dog Barking Theatre Company and Silo Theatre Company, and voiced the character of Patches in the Pukeko Pictures animated television series Kiddets.